The Auditorium 150 at “Centre de Colloques” building will hold movie screenings on June 29th, June 30th and July 1st. Each screening will be followed by a discussion and Q&A with members of the production team and EuroSEAS scholars. Healing in Timor-Leste is rarely straightforward. Timorese people acknowledge and embrace multiple pathways to healing in a complex interplay between spiritual care, comfort and personal connection. Through lifelong observation and learning, they trial a variety of practices and pass down their knowledge to the next generation.

Holding Tightly observes seven approaches to healing in remote, rural and urban parts of the Baucau municipality in the country’s east, spanning contexts and experiences from the armed resistance era to the independence period. According to their circumstances and access to resources, families share treatments for everyday ailments, while specialist healers hone their diagnostic and therapeutic skills for more complicated conditions. Medicinal plant, divinatory and bone setting knowledge is continually developed and refined according to need and opportunity. Within this diversity are common threads of shared belief, respect, cultural vitality, commitment and resilience. While working independently from formal health institutions, practitioners highlight challenges and opportunities for mutual coordination.

Filmed over a three-year period, Holding Tightly is a contribution to a longer term research collaboration between the directors and a diverse set of healing practitioners in the young nation-state of Timor-Leste. The film asks viewers to consider what we understand health and wellbeing to mean, showing how healing is intimately entangled with forms of belief and care grounded in deep connections between people and their environments. While produced prior to the spread of COVID-19, the film raises issues of community care and support pertinent to the context of the unfolding global health pandemic 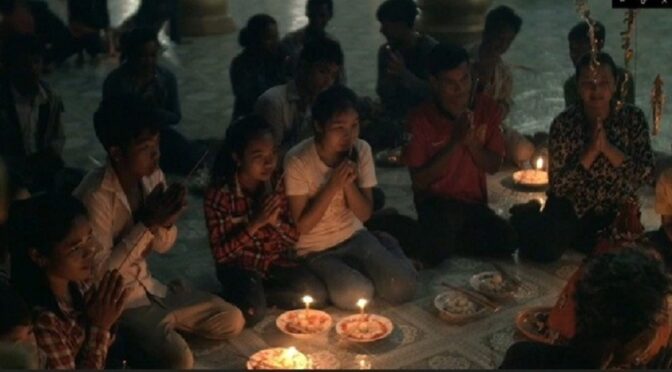 In Cambodia, the Maoist, revolutionary and totalitarian government of Democratic Kampuchea is resonsible for around 1.7 million dead between April 1975 and January 1979. Since 2007, in Phnom Penh, the Khmer Rouge Tribunal investigates former leaders close to Pol Pot. As a compensation, it provides victims with memory practices inspired by the “duty of rememberance” developped after World War Two in Europe as well as psychological assistance. All those reparations comfort, in the globalised media and public space, the image of a passive and traumatised Cambodian people, unable to get back on their feet on their own.

However, Cambodian society has gotten back on its feet for almost forty years, essentially by its own means. It relies on its complex religious system, in which the living’s well-being first and foremost depends on that of the dead, and where circular time produces a memory echoed with cyclical forgetting. This film, based on ten years of ethnographic research in the Pursat region (West Cambodia, a region that suffered dramatically during the Khmer Rouge regime), shows how Khmer collective memory works. This memory, being essentially non-discursive and widely ignored by Western “memorial entrepreneurs”, is nonetheless very efficient in keeping, in its own way, the trace of events and the dead, and in allowing the expression of a painful past, whose transmission to children takes place through their own participation in rituals.

The screening will be followed by a discussion and Q&A with Anne Yvonne Guillou and Silvia Vignato. 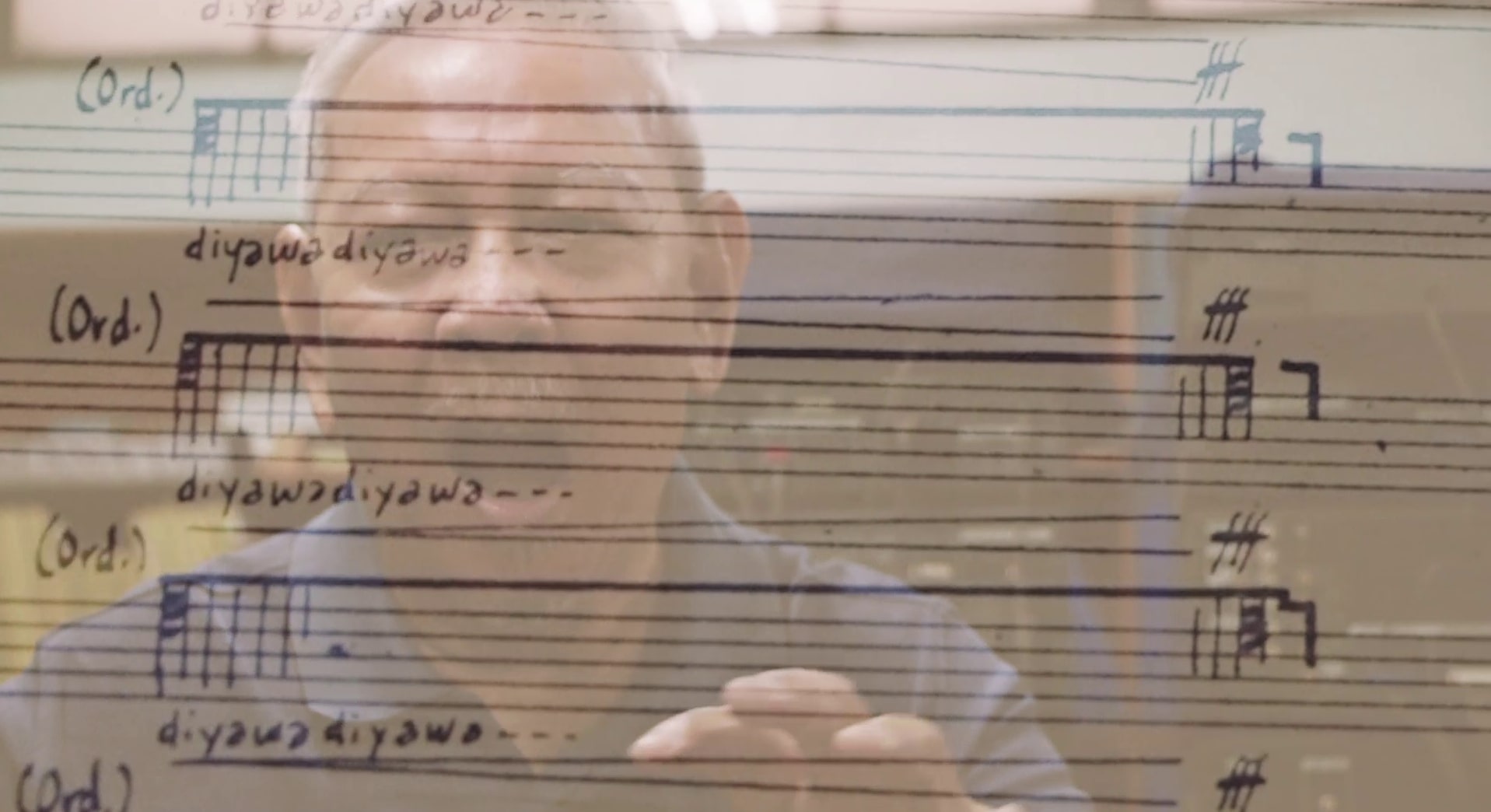 Ramón Pagayon Santos is a Filipino composer, ethnomusicologist, and educator who is widely
regarded as the main living exponent of contemporary Philippine classical music. His work
expounds on “the aesthetic frameworks of Philippine and Southeast Asian artistic traditions” and also explores new uses of indigenous Philippine instruments. With a career spanning over 60 years and a portfolio comprising hundreds of pieces in many different styles, Ramón Santos is easily one of the most prolific composers of his generation.

The feature film documentary presented here is an exploration of the multifaceted oeuvre of the composer, focusing primarily on aspects of his work that combine Western and non-Western sounds. Santos shapes the fabric of a unique modern musical language by taking inspiration from local ethnic musical systems and modes of thinking. Also a prolific ethnomusicologist who has written extensively about the Philippines as well as the cultures of Southeast Asia, his research process has greatly informed the evolution of his rich compositional output. This film-portrait illustrates not only the broad scope of the composer’s vast musical output but also offers in-depth insights into his philosophies about culture, art and history. Combining exclusive interviews with a wealth of archival materials, the documentary investigates the exceptional vision of an artist driven by a vision of unity, connecting people and expressive traditions through an eclectic and yet incredibly coherent oeuvre. The film is part of a series portraying significant Southeast Asian artists that have marked the cultural evolution of the region during the transitional post colonial era.

The screening will be followed by a discussion and Q&A with Jean-David Caillouët and the composer of the documentary. 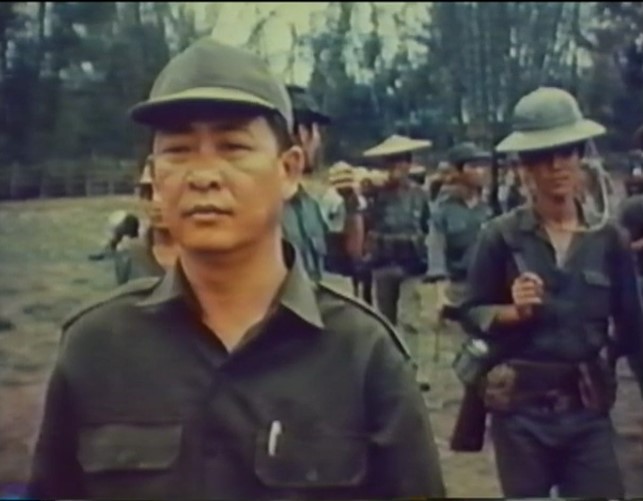 Zooming Out: Viewing Change and Continuity in Burma’s Opium Trade through Adrian Cowell’s The Warlords

In 1972, two British documentary filmmakers - Adrian Cowell and Christopher Menges - entered Burma’s Shan State with mules carrying equipment to shoot a documentary film about the opium trade. A year and a half later, they returned to the UK with the footage to produce The Warlords. At a time when the US war on drugs was getting underway, the film is a tour de force offering one of the few first-hand accounts of the opium trade in Shan State.

After a half-century war on drugs, global illicit opium production has grown tenfold. While methamphetamine has replaced opium as Shan State’s primary drug export, many of the same forces at work in the early 1970s are still present. The country remains mired in militarized violence. Drug abuse has become a prominent social issue. While efforts to restrict illicit poppy
cultivation have evolved to address the developmental needs of farmers, a law enforcement model utilizing state agents to enforce prohibition underpins global drug control efforts.

This panel proposes an innovative approach to examine the drug trade in Shan State that involves screening of The Warlords and presentations on different segments of the opium trade followed by a discussion. The film by Cowell and Menges remains unprecedented in its access to primary actors in Burma’s opium trade and provides an unusually granular account of its operation. The film is part of a larger corpus of work that offers points of view of different actors in the opium trade. By presenting the perspectives of farmers, foot soldiers, leaders of armed resistance organizations, government-allied militias, and drug traffickers, this film reveals a complexity often absent from the current scholarly and policy discourse on the opium trade. The film sets the stage for critical engagement with narratives of opium production.

John Buchanan, Patrick Meehan and Frances O’Morchoe will each be presenting a paper after screening.

Abstract
After World War Two, eastern Burma began to show signs of an agricultural transformation. Farmers in Shan and Kachin states increasingly turned to the cash cropping of opium. By the 1970s, Burma had become the world’s leading producer of illicit opium. When examining this transition, a common approach by scholars is to look at the forces unleashed by opium suppression in places outside of Southeast Asia – such as in Yunnan – on production within the region’s uplands. Drawing on archival sources, this paper offers new ways of thinking about the take-off in opium production by looking closely at changes within Burma. One, it examines the disruptions to farmers’ livelihoods that led many to turn to opium cultivation. Two, looking at state-led local prohibition efforts across Burma shows the ongoing roles played by that state in creating conditions that allowed for the continued growth of the opium trade. Rather than reducing illicit opium use and growing, the prohibitionist turn adopted by state leaders had the opposite effect. The paper concludes by considering the implications of these processes for understanding opium production and efforts to stop it.

Patrick Meehan (School of Oriental and African Studies)
Paper: Brokering the margins: Changes and continuities in the relationships between drugs, militias and borderland governance in Shan State, 1960-2020.

Abstract
This paper uses the concept of brokerage to analyse systems of borderland rule in the conflict-affected Myanmar-China-Thailand borderland region of Shan State. It focuses on the brokerage arrangements that have developed between the Myanmar Army and local militias, and how the illegal drug trade has become integral to these systems of brokered rule. This article draws particular attention to the inherent tensions and contradictions surrounding brokerage. In the short term, deploying militias as borderland brokers has provided an expedient mechanism through which the Myanmar Army has sought to extend and embed state authority, and has also provided the stability and coercive muscle needed to attract capital, expand trade, and intensify resource extraction. However, at the same time, these army-sanctioned militias have sought to use their position as brokers to aggrandise their own power and counter the extension of central state control. In the longer term, brokerage arrangements have thus had the effect of reinvigorating systems of strongman borderland governance, further fragmenting the means of violence and the proliferation of drugs, and disempowering non-militarised forms of political negotiation. This paper explores the continuities and changes in systems of borderland brokerage from the 1960s to the present day. In so doing, the paper explores how drugs, violence and militias are not simply a legacy of armed conflict, state breakdown, and economic marginalisation; they are now embedded in the DNA of the modern Myanmar state and frontier capitalism.

Abstract
In the decades before Burma’s independence in 1948, the ruler of Keng Tung, Sao Kawng Kiao Intaleng, repeatedly clashed with the British colonial state over his border-crossing opium deals. Through an analysis of Intaleng’s personal trade in opium with Siam and Burma proper, this paper highlights the changing relationship between indirect rulers and the colonial state during a period of constitutional debates at the end of empire. This transnational history of Burma’s Shan States provides insights into the legal pluralism and graduated sovereignty that characterised the British empire at its height in the early twentieth century. Clashes between Intaleng and the colonial state show how the patchwork colonial administration in the Frontier Areas evolved haphazardly, with the colonial state always reacting to events (counter to the typical view of local actors reacting to British colonialism). The resulting panoply of governance styles set up multiple problems for ethnic politics in the future independent Burma. During a period of legislative reforms in Burma and British India, the rulers of the Frontier Areas used integration into global trade networks to assert their sovereignty and independence, testing the boundaries of colonial frontier governance and presaging the disagreements that would erupt over independent Burma’s constitutional settlement.